The International Artists Forum is shocked by Russia’s brutal attack on Ukraine. Our solidarity is with the people who are fighting for peace, freedom of art, democracy and human rights in Ukraine and Russia.
The war, which never was really gone, is now back in the middle of Europe. The always fragile world order is threatened in its foundations. The unthinkable has now actually happened. Let us hope with Ukraine and all people at her side that the war can be defeated as soon as possible, that death, destruction and the immeasurable suffering may end.

The International Artists Forum IKG was initiated by well-known artists like Joseph Beuys, Jochen Gerz, Gotthard Graubner, Klaus Staeck and others, and founded 1976 in Cologne. It was and is an association of artists, curators, critics working on the field of the visual arts. As a parallel to the Pen-Club the IKG is engaged for freedom of the art, of information and press, for the right of cultural self-determination, for tolerance and cultural diversity. The IKG is member of the German Kunstrat, an advisory board for German cultural affairs and member of the German Kulturrat and of the foundation board of the foundation Kunstfonds.

The International Artists Forum mourns the death of Nikolaus Lang.
Nikolaus Lang was born in Oberammergau in 1941 died on February 11 2022 in Murnau. He first learned to carve at the local woodcarving school, later he studied at the Munich Art Academy.

Nikolaus Lang was a modest artist.  He never makes much fuss about himself or his two-time participation in Documenta.  As an archaeologist of everyday life, he was far too busy for that: It became his life’s work to document becoming and passing, creating and destroying in a exemplaric manner.  The trace-securing artist arranged relics, survivors, and found objects and related them to one another, playing with their form, color, and texture, thereby giving them a new quality that could be experienced by the senses.

“The artist can only make visible what already exists in nature”, this sentence was Lang’s credo.

The IKG mourns the death of its member Lawrence Weiner. Weiner born in 1942 in the Bronx of New York City passed away on December 2, 2021 just there.

Lawrence Weiner became an artist when one morning he decided not to go to work after school, but to the studio. Weiner began to paint, but it was also and above all language that was to become his medium, and which he added as a sculptur of words to the traditional media – stone, wood, metal, clay. As one of the founders of conceptual art, he was never concerned with simply “adding a new department to art history,” Art was a social concern for him.

At the opening of his last major exhibition at Kunsthaus Bregenz, “WHEREWITHAL | WHAT IT TAKES,” in the fall of 2016, he said that he was finding it increasingly difficult to maintain his optimism. Although this is so important: Why? “Already because of the younger ones. Give them a chance.” We are now  looking on, without him: “As Far as the Eye Can See.”

The International Artists Forum mourns the death of Josef Ramaseder, who passed away on March 23, 2022. Josef was a long-time, always committed, sometimes enraging IKG member and also served on the board for several years. In 2016 he hosted a wonderful annual meeting in his hometown Linz. Josef Ramaseder, born in 1956, studied at the University of Applied Arts with Oswald Oberhuber from 1979 to 1983 and medicine at the University of Vienna from 1974 to 1980. In his life and in his work he always opened up new horizons of experience.  Very different fields became the fundus of his expanded artistic work, which could range from painting to video, photography, installations, art in public space, curatorial projects, and cooperative projects with other artists. At the center, however, remained the complex medium of painting.  In recent years he created paintings that grow like mushrooms, painterly experiments with fungal spores that allowed nature and art, chance and transience to interact on the canvas. Now he has gone himself.

We will miss Josef very much. 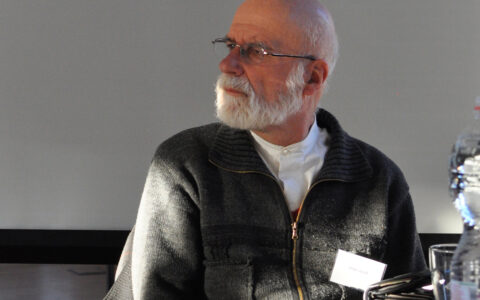 The IKG mourns the death of its member László Beke. Beke, born in 1944 passed away on January 31, 2022 in Budapest. He was an art historian, curator and an immensely important and stimulating figure for the Hungarian art scene since the 1960s. He actively contributed to the development of the neo-avant-garde and conceptual art in Hungary, and his scientific focus was the theory of photography. Beke studied art history at the University of Budapest. Beke taught in Lyon and was chief curator of the 19th and 20th century collections of the Hungarian National Gallery, general director of the Műcsarnok/Art Hall in Budapest. From 2000-2012 Beke was director of the Research Institute of Art History of the Hungarian Academy of Sciences in Budapest and professor at the Hungarian University of Fine Arts.

We mourn the loss of our member. 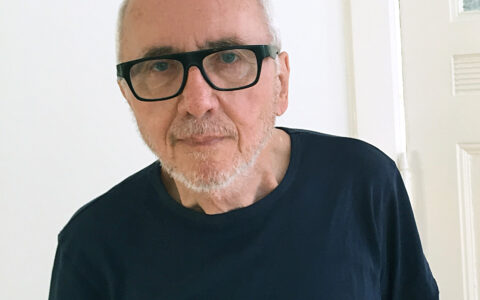 It is with great sadness that we have to say goodbye to our long-time member Hartmut Böhm. He passed away in Berlin on December 26, 2021 at the age of 83. Born in 1938 in Kassel, he studied from 1958 to 1962 at the art academy there with Arnold Bode and soon became one of the most distinguished representatives of concrete-constructivist art. Hartmut Böhm’s structuring of chaotic reality in and through the work of art was always about this world of sensual manifoldness and its transference into a structure that recognizes that what is sensual is not the immediacy of a feeling or impression, nothing given or recognized, but the moment of a compelling encounter and its formation. We gratefully remember many IKG journeys together, always Hartmut was an enriching guest at our meetings. With incisive and insightful contributions, both visual and verbal, he inspired many of our members. Hartmut could let the casual be casual and at the same time had an incredible sense of aesthetic balance and its imponderability. We will miss Hartmut.

The International Artists Forum mourns the death of its long-time member Ad Petersen.
Ad Petersen, born in 1931 in Saandam, the Netherlands, was conservator at the Stedelijk Museum Amsterdam from 1960 to 1990 after his studies. There he curated numerous exhibitions with artists of his generation. Since 1990 he worked as a freelance curator. Fascination and passion for art were what drove Petersen as a museum man and as a photographer. With his camera, he documented the artists with whom he worked intensively during his many years of activity. The result were extraordinary series of images, sensitive portraits that captured the perfect moment in each case and testify to the unobtrusive familiarity between the photographer and the artists and, at the same time, to the joy of art.