The IKG is an network with meanwhile 241 members in many countries aiming for continuous cooperation across borders; one main point always has been the exchange and gathering with artists of eastern European countries. The IKG is functioning like a snowball system: The meetings bring old and new members, not only from the hosting countries together with invited guests, which then might join the net: A dynamic structure, which occasionally opens new questions, changing views, developing by a mix of old and new members, of well-known and emerging artists, of different attitudes, forms of expressions and visions. It always focus on a concept of art, dealing with the – changing – role of the public sphere, of active participation, forwarding on and reflecting hopes of the founding members. Of course the political engagement has to change in a changing world: In times of the cold war it was important, for example, to provide possibilities to travel and exhibit or to support artists in cases where the freedom of art was menaced; today, in a Europe without the old blocks and wirh open borders we have to define other and probably more subtle aims.
The IKG nowadays rather has to reflect the possibility of an open-minded term of culture, based on understanding and respect. More than ever it is important not to turn politics into a pledge, which rationalizes collective acts of self-differenciation, more than ever it seems important to question narrowing concepts of identity as instruments of encapsulation, to recognize identity politics in its explosive potential. 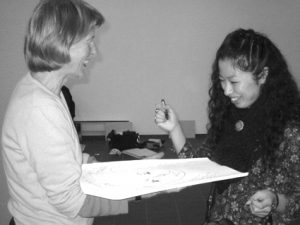 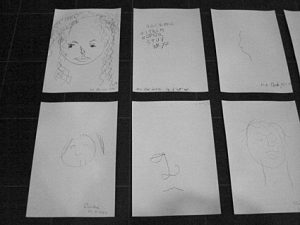 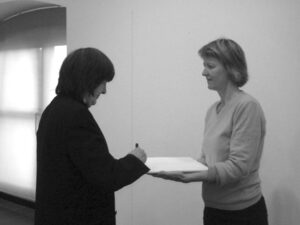 In a very specific way art is engaged in the process of understanding of the culturally other; art is an exercise in sensibility and solidarity. As a pertinacious analogon to freedom the possibility of self-realization cristallizes in the art work into form, without being one-dimensional or dogmatic. Simultaneously art participates in the reflection and exemplification of the self-spun web, which is our culture, participates in the development of values and the production of togetherness: an always precarious balance between a culture of including and the freedom of imagination.